The Department of Education, through its Education Undersecretary for Finance Victoria L. Medrana Catibog issued a memorandum terminating the Automatic Payroll Deduction (APDS) for loans and insurance payments.

Although this may sound like good news due to higher take home pay for teachers, it is feared to create a ripple of negative effects that would affect private lending institutions (PLIs), insurance firms and around 250,000 public school teachers.

According to Insurance Commissioner Dennis B. Funa, the termination of the said agreement would adversely affect the insurance industry.

In an article published by Business Mirror, Funa said he will discuss its impact with the affected insurance companies, and then decide the next action to take.

Meanwhile, the Philippine Public School Teacher Association (PPSTA) said it will temporarily suspend accommodation for new applications for its Sariling Sikap Loan (SSL) programs due to the new DepEd policy.

PPSTA Regional Operation Department Head Dillon B. Arante said that without the APDS, they will not have a reliable means of collecting payments for SSL.

“Because of this, we received so many complaints from our members on why we cannot approve their [Sariling Sikap] loans,” Arante said.

PPSTA is a nonprofit organization that caters loans and insurances to its 250,000 members through its accredited PLIs and insurers.

If the APDS will not be brought back, their members would either have to open a checking account or settle for an equity loan to avail of the SSL.

With equity loan, public school teachers can only loan as high equal to their current contributions in contrast to the Php350,000 that they can borrow under APDS.

“If there is a salary deduction, they could get a high as much as P350,000, as long as they have the capacity or have the necessary net pay for it,” Arante added.

The advisory released by DepEd stated that they will no longer accept new billings for insurance premia, savings, deposits and mutual aid system membership fees until further notice. This does not include salary deductions already incorporated in its payroll system until its respective termination dates.

Catibog said it is a not to disrupt the existing insurance policies, membership and benefits of DepEd personnel.

The said memorandum can only be ratified until the appropriate government agency, or Congress, could provide guidelines on authorized deductions.

After the prioritized deductions follow nonstick saving and loan associations and mutual development associations duly operating under existing laws, and cooperatives which are managed by and/or for the benefit of government employees; associations or provident funds organized and managed by government employees for their benefit and welfare; government financial institutions authorized by law and accredited by appropriate government regulating bodies to engage in lending; licensed insurance companies; and thrift banks and rural banks accredited by the Bangko Sentral ng Pilipinas.

The order of payment is important in cases wherein the teacher has multiple loans because it will determine who gets to get paid first. 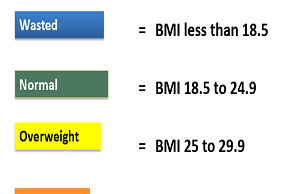 Forms
Indicators How to Determine Nutritional Status: 1.Determine the Age of the Student > Date of Measurement > Birth Date 2. Measure the Height and Weight >Height is in centimeters, up...
© Depedtambayan 2013-2018