On his 5th State of the Nation Address (SONA), President Rodrigo Duterte has addressed the Continuing Professional Development (CPD) by stating that it is just a burden for the Filipino white-collar workers that they have to deal with additional learnings, especially on the current world health crisis.

Under the Republic Act No. 10912 which was authored by former Senator Antonio Trillanes IV, registered and licensed professionals are required to attend formal and non-formal training. It is a mandatory requirement for the renewal of Professional Identification Cards which is under the ordinance of the Philippine Regulatory Commission (PRC).

The 2016 law has been criticized by groups of professionals for its strict qualifications. He believes that it is unrealistic for them to attend such seminars wherein they will need to retrain from one place to another and it will just add to their expenses.

Following the chief of state’s appeal, Iligan City Congressman Frederick Siao said that the House Committee on Civil Service and Professional Regulation on which he chairs will work on the modification of the legislation to fix its deficiencies.

He also reiterated that the PRC and its professional boards should emanate the necessary elements of professional updating. The solon then revealed that he proposed a bill for the suspension of CPD for three to five years. After the postponement, new and lighter programs will be in place.

It can be recalled that House Deputy Speaker Paolo Duterte is vocal of his opposition to the said measure where he even filed a bill to nullify the CPD Act.

On his statement, he supports the continuous learning of professionals to improve their craft however, they have no choice but to spend their salaries and go through irrational sufferings to renew their licenses and continue their respective professions.

The presidential son also added that we can help them reach global standards through other ways.

He also voiced out his gratitude for the front-liners who are risking their lives in a time of the COVID-19 virus. In 18th Congress, there are a total of 4 proposals for the revocation of CPD.

Other topics that the president tackled on his speech yesterday were to prioritize the 21 bills within 2 years before his term ends although only 5 of them were designed as a response to the novel coronavirus crisis.

Unlike his past 4 SONA’s, it was only attended by 50 Congressmen and Cabinet officials to ensure physical distancing. 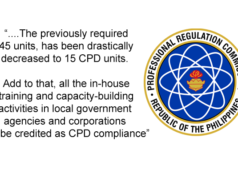 FILED: House Bill No. 7171 to repeal the Continuing Professional Development (CPD) Act of 2016 PRC: Step by Step Application for Examination (All Professions) 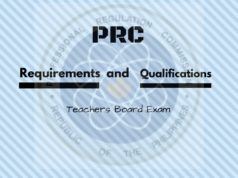 PRC Requirements and Qualifications for Teachers Board Exam 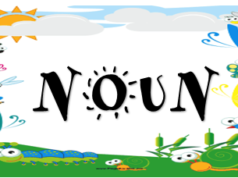