Some senators expressed their concern over students’ learning from the current modes of education resulting them to suggest resumption of face-to-face classes in some areas. Many of them believe that that the existing methods implemented, such as modules and blended learning are proving to be ineffective.

Senator Sherwin Gatchalian was one of those who urged DepEd to consider localized limited face-to-face classes during a Senate hearing last November 27. According to him, the Philippine’s COVID-19 situation has ‘dramatically improved’ thus reopening of schools and campuses may already be allowed, especially in areas with little or no COVID-19 cases. 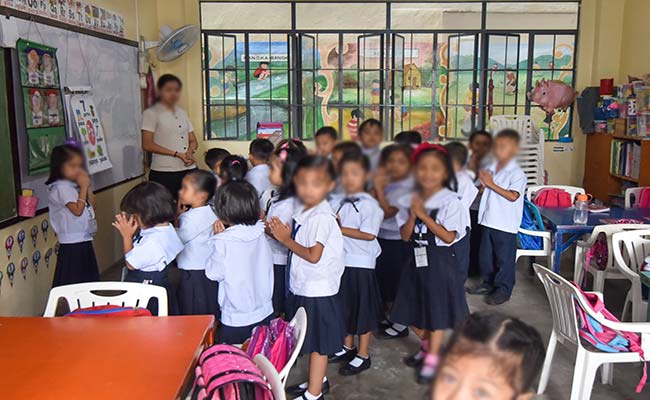 “My own analysis and monitoring of the COVID situation is we’ve done tremendous strides and improvement, and – I can claim – even success in managing COVID, if you compare ourselves to some European countries,” Gatchalian, who was also the panel head, said.

He also mentioned that the daily average number of new reported cases has gone below 1,500.

Senator Imee Marcos expressed dismay over the country still keeping its schools shut “despite consistent evidence that face-to-face classes are not super spreaders” of the coronavirus disease.

She was also furious over cockpits officially being allowed to operate, whereas, schools are not kept accessible. According to Marcos, “I will confess my bafflement and fury several days ago when the cockpits were officially opened and allowed to operate. Has gambling now become an ‘essential activity’ to Filipinos and education a frivolous luxury? Let us open the schools wherever we can and keep them accessible for as long as possible.”

She believed that instead of keeping schools closed, the government should focus on protecting, teachers, students, and families from the virus outside the classroom.

She added that since face-to-face class had been cancelled, the children and community had to bear many difficulties from “erratic remote learning and substandard inadequate modules.” Parents also had to juggle teaching their children at home with their livelihood and housework.

Meanwhile, Senator Nancy Binay expressed her worries over the huge disparity between private and public school students.  It is a common notion that private school students come from well-off families who can afford to participate in synchronous online classes which can allow real-time interaction with teachers and classmates.  On the other hand, public school learners mostly study through printed modules and televised instructional materials from DepEd without hardly any interaction with their teachers or peers.

DepEd Undersecretary Nepomuceno Malaluan admitted that the current setup resulted to very limited face-to-face online interaction between teachers and students. Furthermore, there were students submitting unfinished modules because not all of them can study well by themselves, nor have parents who can assist them.

Malaluan said that DepEd recognizes that increased interaction between teachers and students would make a big difference, if not virtually, then with “occasional or intermittent face-to-face interactions.”

However, the final decision is up to President Rodrigo Duterte. Earlier this year, he ruled out physical classes for the rest of 2020 as a safety measure against the pandemic. The undersecretary assured the senators that their concerns would be cascaded for the next set of considerations and recommendations to the president through Education Secretary Leonor Briones.