When the Philippines was discovered by Ferdinand Magellan in 1521, it got inhabited by different racial groups: the Indonesians, Malays, and Pygmies. The offspring of the Pygmies were the Negritos whose dances describe their daily activities like the Sinulog, a dual dance where two men use bolos.

For centuries, dancing and singing have been the principal past time of the people. The early Filipinos considered dancing as a religious activity. They performed dances in thanksgiving for a fruitful harvest, a victorious battle and prosperous voyage or recovery from sickness.

During the Spanish period, dancing played an important part in the social activities of the Filipinos. Kumintang, a pantomimed song and dance was the oldest recorded activity among the Christianized Filipinos. The Spaniards introduced different dances such as Fandangos, Lanceros Rigodon, Carinosa and Curacha. Western cultures and dances of other European countries which later became out traditional folk dances.

Nowadays, folk dancing is increasing in popularity. There are numerous fascinating Philippine dances which have already been documented and performed not only in schools but also by various dance troupes well organized by Mrs. Tolentino. The UP Folk Song and dances have performed and showed their prowess in several towns and provinces nearby Manila.

Furthermore, the Bayanihan, Filipinescas, Filipiniana, and others like the Barangay, Ramon Obusan Folkloric Dance troupes have performed outside the country, and their success obtained admiration and appreciation of Filipino culture by the foreigners. Thus, they have brought pride and prestige to the country. 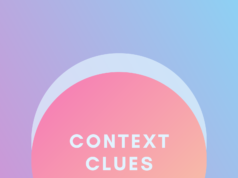