In line with this event, the Department of Education (DepEd) reminded the public that nominations will be until March 31 for teachers who qualify for MBFI 2018 Outstanding Filipinos Award.

During the Education Summit last December, MBFI held a soft launch and opened the search for nominations for 2018.

The award aims to pay tribute “to selflessness, courage and social responsibility of Filipinos”, especially those who rendered service above and beyond the call of duty.

According to MBFI Executive Director Nicano Torres, MBFI is looking for people who in spite of difficulties in life, continued to pursue initiatives that benefited their respective communities.

“Qualifying individuals are those who excel and bring change to the country,” Torres said. “We are looking for those who transform lives, make a difference and inspire others.”

Out of the ten Filipinos who will be awarded, four will be educators. Three soldiers and three police officers will also be chosen for the award. They will be given Php1 million each.

All Filipino educators teaching in elementary (including kindergarten level, provide it is part of the integrated curriculum or part of an elementary school system), secondary or tertiary level, including graduate school and alternative learning system, with full-time or permanent appointment and with full teaching load can be nominated.

They should also have an average performance rating of at least ‘very satisfactory’ in the past ten years of teaching and must have completed academic requirements for Master’s Degree.

Self-nomination shall not be accepted. Nominations must come from qualified nominators.

The deadline for submission of nomination forms is on or before 01 March 2018, through courier to Metrobank Foundation, 4th Floor, Executive Offices, Metrobank Plaza, Sen. Gil J. Puyat, Makati City.

To learn more about the guidelines, you can read the DepEd Memorandum here. 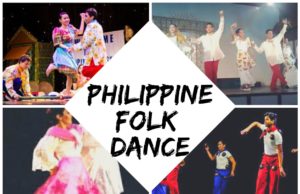 College
Brief History of the Philippines Folk Dances   When the Philippines was discovered by Ferdinand Magellan in 1521, it got inhabited by different racial groups: the...
© Depedtambayan 2013-2018