The Department of Education has called on the public to be more careful when sharing and believing news circulating online. One of the fake news spreading this week is a post on social media announcing the suspension of classes this week.

In an official statement, the government agency denied that classes will be suspended on November 23, 24 and 27 as being spread by a certain Facebook page. 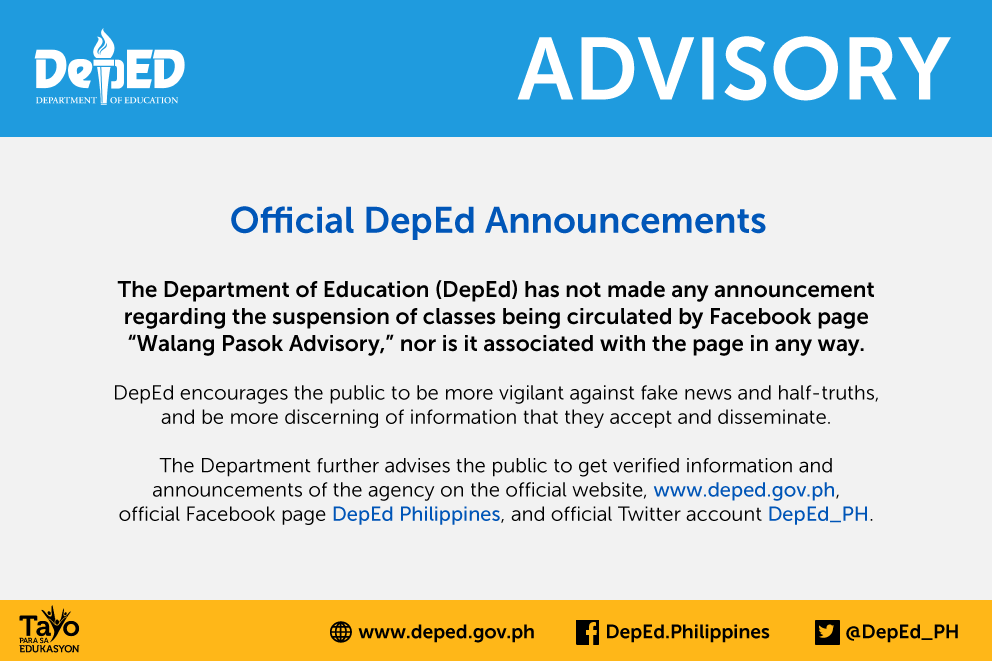 “The DepEd has not made any announcement regarding the suspension of classes on Nov. 23, 24 and 27 being circulated by Facebook page Walang Pasok Advisory,” it said in a statement.

DepEd also clarified that the agency is not associated with the said page in any way.

“The DepEd encourages the public to be more vigilant against fake news and half-truths and be more discerning of information that they accept and disseminate,” the agency said.

Meanwhile, the Philippine Star also posted on their Facebook page to deny affiliation with ‘Walang Pasok Advisory’ page. The fake news post which became viral used the name and logo of the news agency to feign credibility.

ABS-CBN News also slammed the page for using their photos and logos to spread fake news.

As of the moment, no additional school holidays had been announced by DepEd. Only November 30 which is Bonifacio Day is officially declared as #WalangPasok day.