State Universities and colleges (SUCs) in the Philippines would no longer collect tuition fees since it was funded by the national budget, according to Senator Loren Legarda, Chair of the Senate Committee on Finance.

“One of the long-standing concerns of poor families is bringing their children to college because after finishing high school in public schools, most of them have no means to pay for tuition fee in SUCs. The national budget addresses this concern,” the senator added. 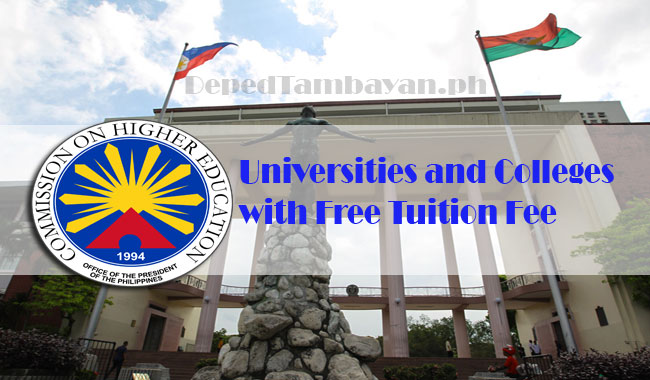 The government has released the list of state-funded universities and colleges where students can avail free tuition fee:

Senator Legarda stated that only tuition fees would be covered by the government, not other expenses like miscellaneous fees. But indigent students can avail grants under various programs and scholarships.

One example is the children from families under the Pantawid Pamilyang Pilipino Program (4Ps) who can take advantage of the Expanded Student’s Grants in Aid Program for Poverty Alleviation (ESGP-PA).

READ: How to Earn CPD Units to Renew Your PRC License

Other means of scholarship grants is financial assistance for educational purposes under the Student Financial Assistance Programs (StuFAPs) both under CHED and SUCs with P5.753 billion funding for StuFAP in the national budget.